1) True. WPA? Really! The whole truth is that WPA installed water lines would be a very small percentage of all water lines and that even in 2013, many residents have wells and not town water.

4) Blaming the “previous administration” for water department problems is misleading at best. Councilman Cooper voted for all water dept resolutions since 2007. Since 2008, Councilman/Supervisor Dash offered and voted for most resolutions. (See Below) This “fact” was also noted in 2012 NYS Comptroller’s audit.

5) Facts are true but misleading. Remember past “Ramblings” in Pennysaver questioning why town officials did not go after grants? Farnham’s water tower was built with grants and their water system improvements included zero interest loans not part of Evans financing package.

(CLICK ON ANY IMAGE THEN YOUR BROWSER’S BACK BUTTON)

7) 100% misleading! Evans is keeping most water department expenses listed in 2013 budget. In fact, only real savings is in lower costs due to fewer water bills being mailed out to water customers! The contract with the ECWA requires more water line replacements in 2017 & 2021 which will cost millions. How will this be paid for? There were no staffing reductions in clerk’s department since there is no need to collect & process water bill payments.

8) Misleading! Minimum water bills will increase from $33.30 to $61.65. Above chart shows how much your bill will increase.

9) Misleading! Evans has a declining population and less than 200 water customers. A real business that lost 95+5 of its customers would cut costs NOW!

9) Cost to replace water lines and pave roads in 2021 omitted.

8) When savings from retirements will occur.

7) Why water department was kept intact to service less than 200 customers.

5) Why Evans businessmen were not asked to help to solve financing / management crisis.

4) Why the $9.00 ECWA Infrastructure Investment Charge was omitted.

3) Percentage of water project paid for by grants.

1) Both Councilman Paul Cooper and Councilman / Supervisor Keith Dash were members of the “previous administration(s) that voted on all water related resolutions!!!!! 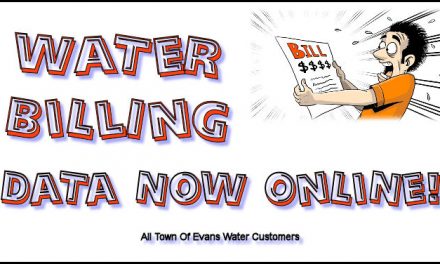 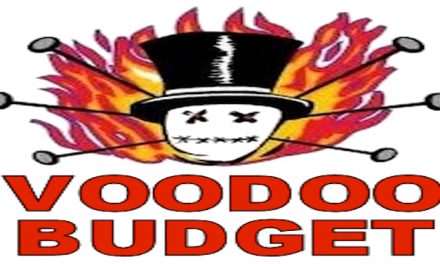